When asked “Who would you like to collaborate with?” Ono responded without hesitation, “Eguchi-san, the plasterer.” Ono always wanted to make the patterns he designed for his textiles to be expressed on a "wall". Eguchi, who utilizes traditional plastering methods creatively, would be the perfect person for this. Although they only lived a 20-minute drive away from one another (quite close by Kunisaki Peninsula standards), they had never met in person. This is what inspired the collaboration project. Textiles and architecture seemingly have no point of commercial contact. In rural living, it is easy for one to isolate oneself. There are no bars to simply run into people, especially in a motorized society such as this one. But that is what happened this time.


A pattern of "Yotsume Somenunosha" was three-dimensionalized on the surface of an earthen wall. What should the pattern be? What is the most suitable pattern for an architectural project? How should the material be made...? As it was the artisans’ first attempt, it began as a trial-and-error effort coordinating their busy schedules at the installation site. The owner of the house in which Eguchi was working on at the time offered to provide a wall of the new house for this experimental project. A wall in the large living room, a place usually reserved for the main painting of a room. What kind of a wall did the two artisans create?


A collaborative project that began at the end of September and came to fruition on 5 November was named "Stencil-dyed earthen walls.” It will continue as a joint project between the artisans. A new tradition begins that is both new and classic.


In the implementation of this project, I would like to express my sincere gratitude to Shunji Sakamoto and his family for providing us with a wall in his new home. Kazuaki Koganemaru is credited for the finished photo. Thank you very much. 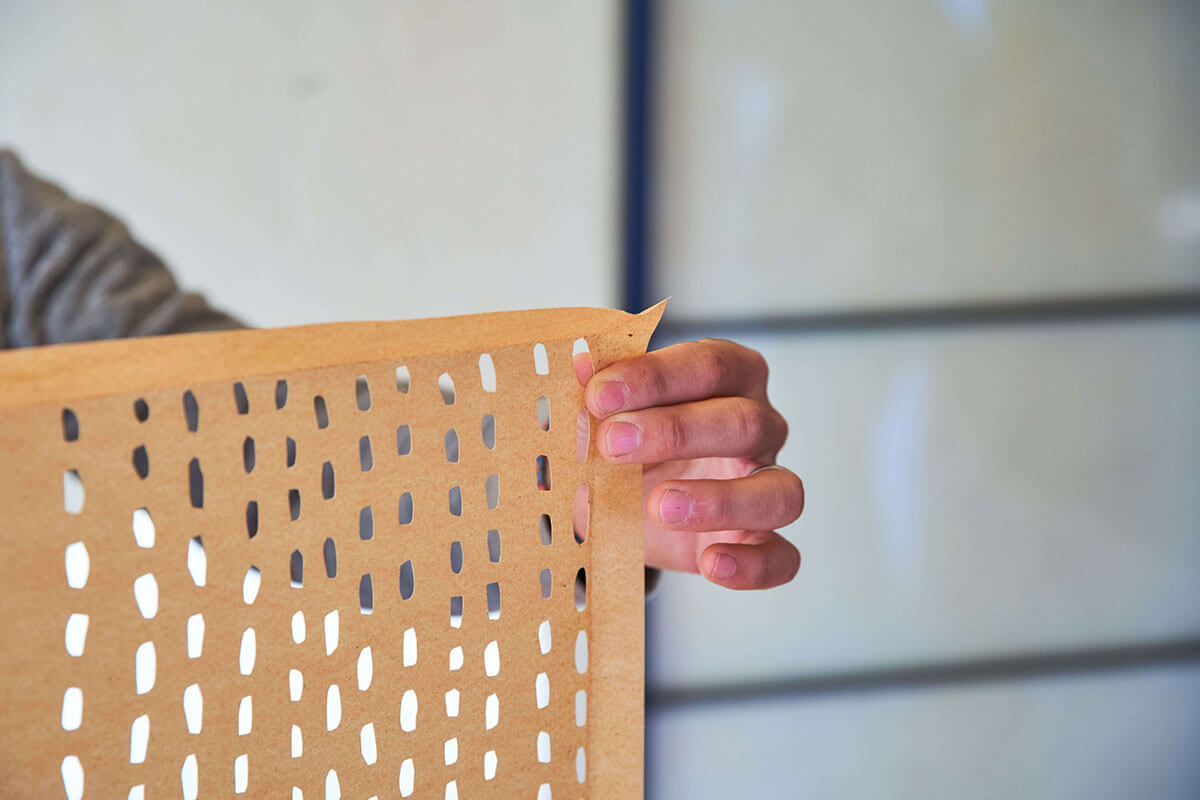 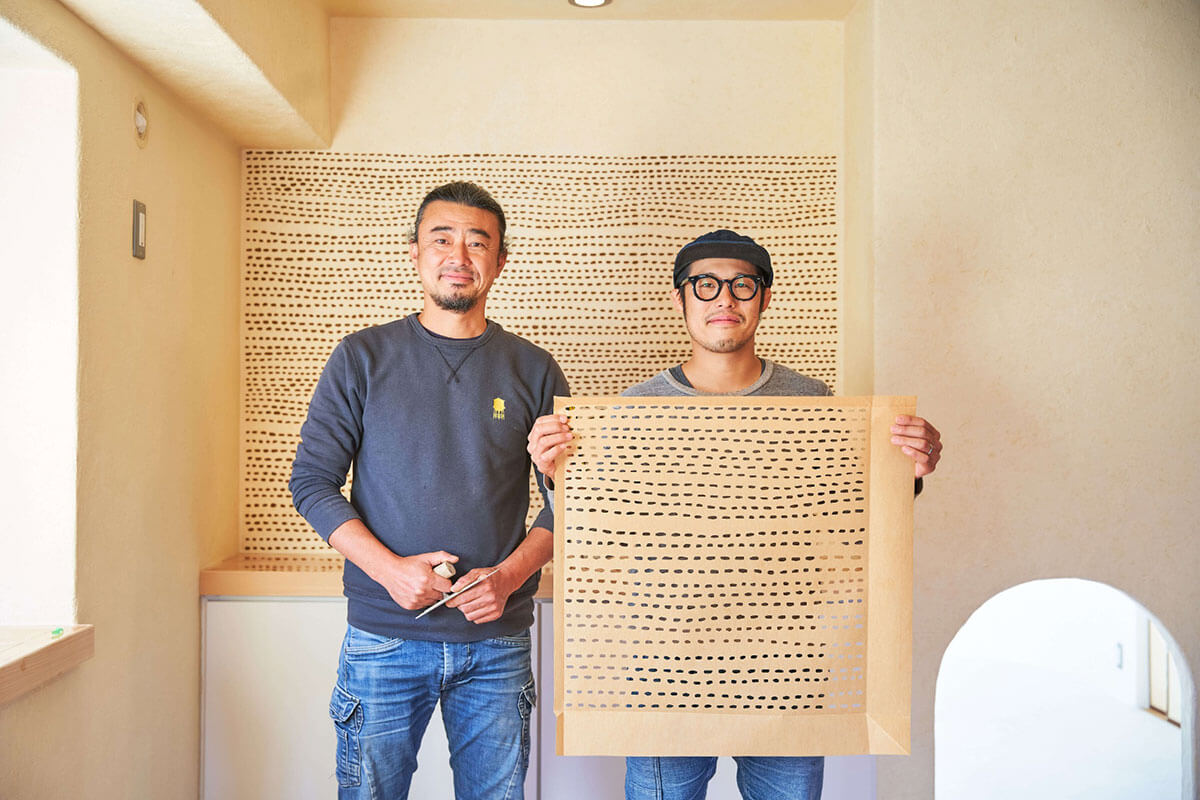 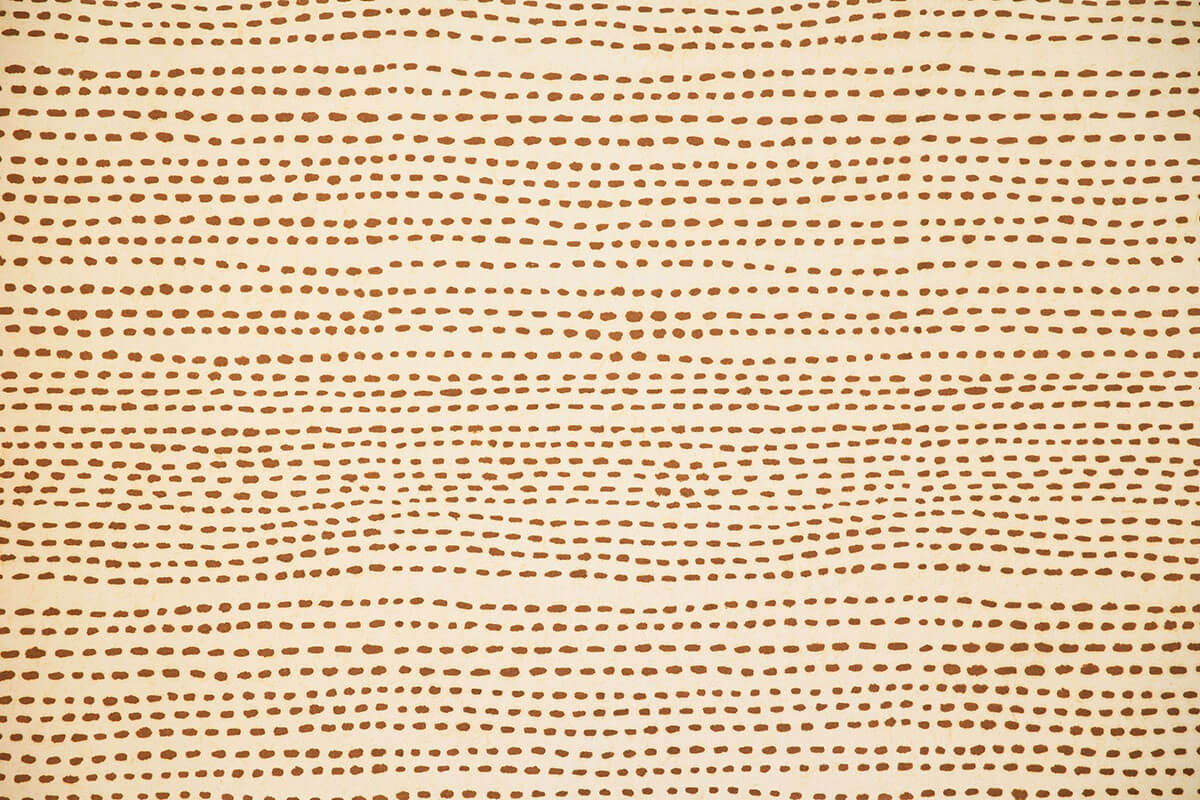